At the age of 58, Great Britain’s Nick Skelton has won an astonishing gold medal in individual jumping after a six-person jump-off at the Olympic Equestrian Centre on Friday (19 August).

Rio-time updates: follow the action with our daily liveblog 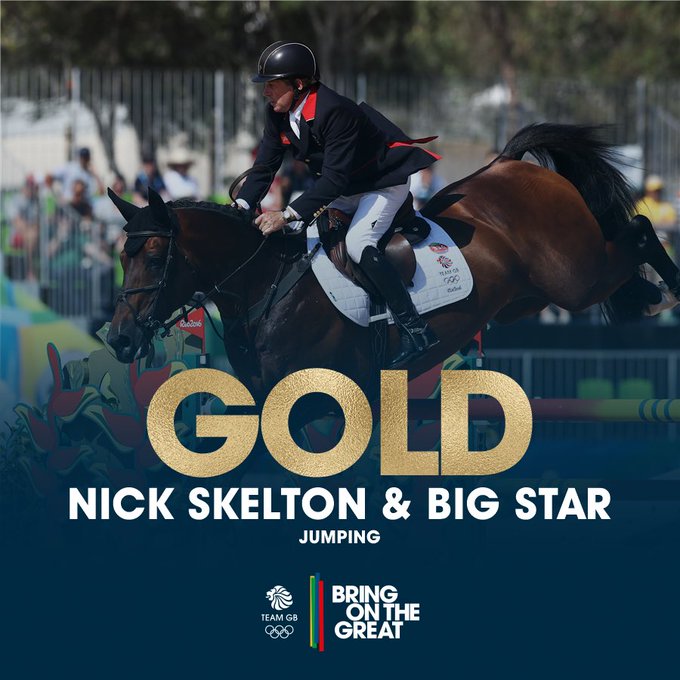 Skelton also won a gold medal in the 2012 London Games in the team event. His gold in individual jumping is his first medal in this event in his seventh attempt.

These are Skelton’s seventh Olympic Games: his career as an Olympian started at Seoul 1988. Along the way to Rio, he suffered a broken neck in 2000 and had a hip replaced in 2011.

On Friday, he turned in his third clean round of the day on trusty steed Big Star to hold off the event’s past two gold medallists. Skelton went first and finished the jump-off round Friday afternoon with a time of 42.82 seconds. 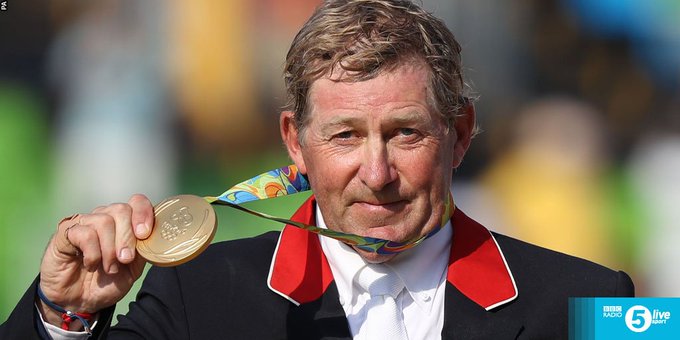 “I waited a long time. I felt like he (Big Star) was hard done by in London (missing out on an individual medal),” Skelton said after the event.

“I am so pleased with this horse. He won his last big competition at the grand prix in Aachen in 2013. There were several (health) problems and he took a long road back.”

Skelton’s is Britain’s second gold medallist in the equestrian events at Rio 2016. Charlotte Dujardin won gold in the individual dressage earlier this week.

Skelton told the BBC that Big Star “is the best horse I have ever seen. He’s an incredible horse, he knows what’s going on and knows when it is important.”

Skelton said he does not plan to go to Tokyo 2020, when Big Star will be 17 years old. “I’ll never have another horse as good as Big Star. I’ll be too old.”

Skelton and Big Star have enjoyed had a long and fruitful partnership, crowned with gold at Rio 2016 (Photo: Getty Images/Mike Ehrmann)

Peder Fredricson of Sweden won the silver medal with a clean ride but finished the course in 43.35 seconds.

Eric Lamaze of Canada took bronze. The 2008 gold medallist caught a post late in his round but finished in 42.09 to earn a medal.

Equestrian schedule and results from Rio 2016

Thank you for sharing with us all this wonderful article!

10 Early Warning Signs of Laminitis Could Save Your Horse Labor Day Is As Important As It’s Ever Been!

The Christmas Trade – How a Team of Mules Saved Christmas Day!

Tips On Grooming Your Horse (Part 1)

We are here to answer any question you may have about our Agency. We will respond as soon as we can.